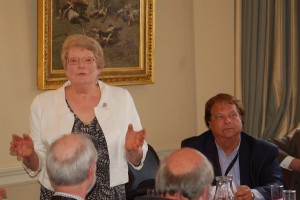 The Countess of Mar

Margaret of Mar is the 31st Countess of Mar, our oldest peerage, and has been a member of the House of Lords since 1975. When the House of Lords act was passed in 1999 to restrict the number of hereditary peers Lady Mar was elected to the new House receiving the highest number of votes in support. She has been one of the most active members of the House of Lords and in addition to her political work has been Chairman, President and Patron of many groups including Gulf Veterans Association, Environmental Medicine Foundation, Elderly Accommodation Council and founder of Forward-ME which works with many charities related to chronic fatigue syndrome and myalgic encephalomyelitis, ME. Her extensive work related to organophosphates contributed to most of these chemicals being banned in the UK, and this work has expanded to bring attention to the risks to airline staff from aircraft engine fumes

A large effort with many difficulties has been associated with her work in support of patients with a diagnosis of ME/CFS. It has been a battle to expose the failure of the mainline treatments used by the NHS for these conditions such as talking therapy and exercise regimes. In addition Lady Mar has taken on a major roll supporting patients with the sometimes devastating Lyme disease. This has involved direct work supporting, and as advocate for patients, and extensive work with the Health Protection Agency (now Public Health England) and the Department of Health. After raising many patient issues in the House of Lords she engaged directly with these organisations starting in 2012 resulting in specific action plans in support of patient needs, and was instrumental in creating the 1st Public Health England Lyme Conference held in 2013 where Lyme experts from many disciplines and representatives of the medical profession, government health agencies and patients shared knowledge. 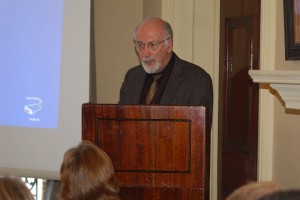 “Welcome and a warm thank you to our British Medical colleagues. It is a reaching out across the ocean. A dialogue between medical colleagues, with the intention of sharing ideas and clinical strategies pertaining to the diagnosis and treatment of Tick Borne Diseases (Borrelia), its subspecies and co-infections”. 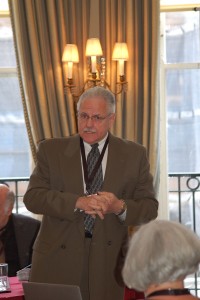 Neuropsychiatrist and Professor of Rehabilitation Medicine.

Neuropsychiatric and neurocognitive abnormalities in the frontal and prefrontal cortex as related to executive functioning, psychiatric illness in cases of disabling Lyme encephalopathy. 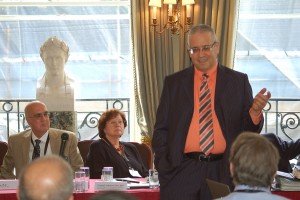 The evolution of the revised treatment guidelines for ILADS, built on scientific, evidence- based medicine published studies. A critique of IDSA guidelines and their refusal to review the literature of persisting relapsing Lyme Disease.The serious implications and far- reaching consequences for the health care industry and the consequences of those insured. 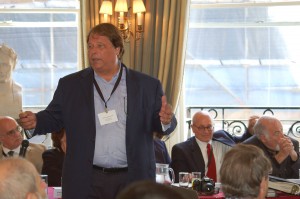 FCAP is board certified in Infectious Diseases.

Denial of  plague. A comparison of Lyme to AIDS. Commonalities and differences. Attempt at the unification of the microbiology, pathophysiology, diagnosis and treatment of”persistent multimicrobial synergistic infection” (PMSI). 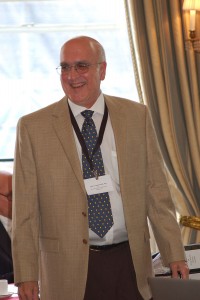 Borreliosis from a pathologists perspective.  The ubiquitous nature of Borreliosis as found and demonstrated in 125 autopsies, with no organ system spared. 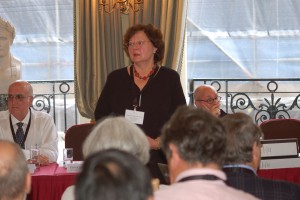 Critical errors in the present day accepted laboratory diagnosis of Borreliosis. Dangers of the two tier system (ELISA WESTERN BLOT).  New avenues for more accurate and valid diagnostic options such as the ITT and new blood cultures techniques, as well as other new testing procedures. 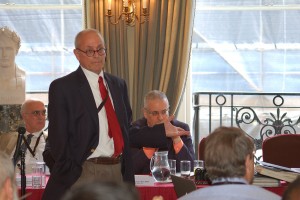 Functional medicine in the service of the diagnosis and treatment of Tick-Borne diseases, with emphasis on immune support, GI health, detoxification, heavy metal reduction, herbal medicine and alternative therapies including ondamed, acupuncture, IV nutritional therapy and other important supportive modalities.

Find out more or adjust your settings.

This website uses cookies so that we can provide you with the best user experience possible. Cookie information is stored in your browser and performs functions such as recognising you when you return to our website and helping our team to understand which sections of the website you find most interesting and useful.

Strictly Necessary Cookie should be enabled at all times so that we can save your preferences for cookie settings.

If you disable this cookie, we will not be able to save your preferences. This means that every time you visit this website you will need to enable or disable cookies again.